Covid-19 Update: Due to restrictions with regard to the workplace, online orders may take longer to process. For any enquiries, please contact info@postmark.co.uk.

Orders for Sleeves & Albums: If you wish to order any of our Albums/Sleeves, please contact the office directly where we will be able to assist. 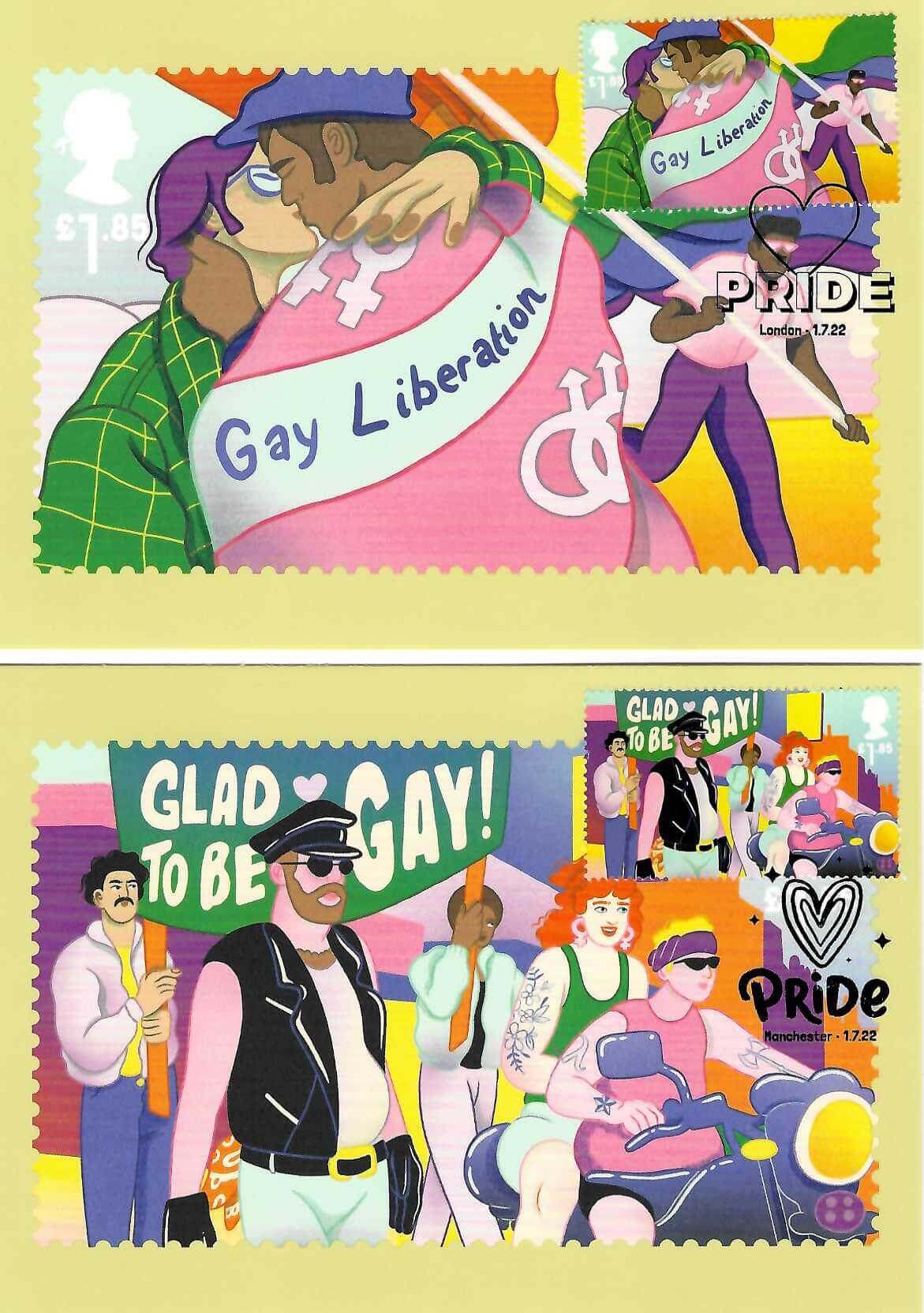 I’m not really a ‘cat person’, but even I’m finding the Cats (9th June) stamps rather sweet! I also really like the Pride (1st July) stamps – very colourful and inclusive. Both issues have stamps and collector’s sheets.

Commonwealth Games (28th July) is another small issue, as it is just stamps. We also have regional barcoded Definitives coming out in the summer, so these will be sent out together at some point in August. There is a bumper issue coming out 1st September, which has stamps, minisheet, prestige stamp booklet and collector’s sheet. This will be sent out on its own in mid-September.

Hope everyone enjoyed the Jubilee weekend; it was lovely to spend time with family and friends. The weather has been most bizarre recently. For the majority of May and June, we’ve had consistent grey cloud and what has felt like a constant threat of rain. However, we are now experiencing a bit of a heatwave so now it’s too hot! Never happy! The Stafford Stamp Fair was a success, and it was great to put some faces to names. It was our first Stamp Fair after Covid, and it was good to get back out there. Things will be quietening down over the summer as the issues are small and more spaced, so you will be next hearing from us in August!

In the meantime, keep collecting.

It is thought that cats were first domesticated around 10,000 years ago in the Middle East. Genetic analysis confirms the domestic cat is a descendent of the African wildcat (felis silvestris lybica) a native of that area. It is easy to imagine these cats living on the periphery of human life, drawn by the food sources and warmth of campfires, and gradually adapting to life with people. The earliest evidence of the human – cat relationship is a grave in Cyprus of an adult human and a kitten carefully placed together thought to date from around 9,500 years ago. Fast forward to ancient Egypt, some 4,000 years ago, and cats appear frequently in artworks depicting domestic settings. They were associated with the Goddess Isis and her daughter Bastet. These depictions show a striking similarity to the modern Egyptian Mau. Cats spread through Greece and Rome, transported on grain ships to keep mice at bay, and with the expansion of the Roman Empire they were soon to be found across Europe and the British Isles. Cats were highly valued for their rodent control but it was their enigmatic nature that led to the reference as magical beings and association with myths and legends – particularly in China, Japan, India and Persia (modern day Iran). It was here that the Persian breed evolved with its thick coats to keep out the biting cold. The Middle Ages in Europe was a dark period for the cat. As Christianity rose, their links to pagan religions and misplaced associations with magic and witchcraft saw them being systematically culled. Unsurprisingly, there was simultaneously a huge increase in rat-borne plagues, culminating in the Black Death, which is thought to have killed more than 60% of Europe’s population. Cats were on board the first ships sailing to the New World from England in the 1620s; these hardy creatures were most likely the ancestors of today’s Maine Coon and American Shorthair.

The Gay Liberation Front (GLF) were the campaigning group who spearheaded the Pride movement in the UK. One of their demands for greater legal equality for gay people. Homosexuality was partially decriminalised in England and Wales in 1967, yet police arrests of gay and bisexual men remained common in the years following; furthermore at 21, the age of consent remained higher for same-sex male couples than it did for heterosexual couples. Over the course of the first decade of Pride events, calls for basic safety and freedom were a priority; during a Gay Pride week in 1978, pamphlets were distributed to raise awareness of violent assaults on the LGBTQ+ community, such as the National Front’s then recent attack on the popular south London LGBTQ+ venue, the Royal Vauxhall Tavern.